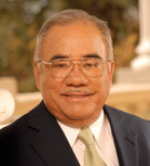 
Frank Herrera, Jr. is the Chairman of the Board and Managing Partner of Valiante International Ventures, a holding company for tw joint ventures with Toyota Tsusho America, Inc., an international trading company for Toyota Corporation. The affiliate companies are HERO Assemblers and HERO Logistics, which provide the wheel and tire assembly for the more than 150,000 Toyota Tundra Trucks to be built in San Antonio, as well as the project's onsite logistic and cross-dock operations.
In November 2006, HERO Assemblers worked directly with Toyota Texas as it prepared to launch its newly redesigned Tundra truck. Meanwhile, HERO Logistics, the second venture, will be responsible for plant logistics management between suppliers on site. It will also handle the shipping and receiving of parts used for the assembly of various Toyota models built in San Antonio and other Toyota facilities in the United States and Mexico.
Mr. Herrera received a Bachelor of Arts in English and political science from St. Mary's University and graduated from St. Mary's University School of Law in 1967. He began his legal career with the National Labor Relations Board. In 1969, he returned to San Antonio and entered the private practice of law. Mr. Herrera is seen as a leader in the courtroom and he is sought out by attorneys from across the country for his expertise in the areas of business litigation and civil litigation, and for his specialization in labor and employment law.
Mr. Herrera has served as a board member of the Greater Kelly Development Authority, the North American Development Bank Advisory Committee and the San Antonio Hispanic Chamber of Commerce. Locally, Mr. Herrera has served on the board of trustees of Central Catholic High School.