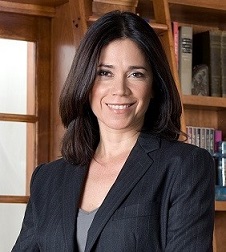 Jennice is the President and Founder of Fuentes Strategies, a boutique government relations firm in Washington, D.C.. She has 25 years of experience on Capitol Hill, and is a frequent political commentator for several major media outlets (MSNBC, Fox).

As Chief of Staff to Representative Luis Gutierrez (D-IL) she served as the Congressman’s principal advisor, political strategist and top manager. Jennice advised the Congressman on all issues before the House Financial Services committee, including securities, insurance, banking, housing and the $700 billion Emergency Economic Stabilization Act of 2008, as well as immigration and issues related to the Latino community. Jennice is a proven strategist on political and legislative issues and has spent her career developing relationships with key internal and external stakeholders, building coalitions with Congressional leaders and motivating Democrat and Republican officials to act on legislation. She began her career in Congress with the Office of the Resident Commissioner of Puerto Rico.

Jennice’s public service work has been recognized by The Imagen Foundation, The Congressional Hispanic Leadership Institute, The Fundación Azteca, The John C. Stennis Center for Public Service, The Puerto Rico Convention Bureau, the Embassy of Spain and the Fundación Carolina. She is a graduate of Clark University (B.A.) and New York University (M.A.)