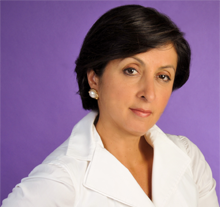 With over 25 years experience, Pat Pulido Sanchez is president and CEO of Pulido Sanchez Communications, LLC, a Chicago-based strategic communications firm that specializes in helping companies increase their market share and raise their profile among target audiences.

Prior to the formation of Pulido Sanchez Communications, LLC, Pat was the first Latina Vice President of External Affairs for the Chicago Operations of Commonwealth Edison. She was responsible for leading and coordinating all of the company’s external affairs functions, including government affairs, community relations and economic development in the City of Chicago.

Previously, Pat held several positions within Anheuser-Busch Companies, Inc. She began her career with Anheuser-Busch Companies as the first Corporate Relations Manager in Chicago opening up its first corporate office. Pat was responsible for building the profile of the beer company and its subsidiaries. She was then promoted to Director and moved to corporate headquarters. In this capacity, she managed the department’s .5 million budget for cause-related marketing programs and its five field offices. Pat’s final role was as Senior Director of Industry and Government Affairs in charge of local, state and federal affairs for major metropolitan areas in the Midwest, Southwest and South.

She serves on the corporate boards of ITxM/LifeSource and Second Federal Savings and Loan Association. She also serves on the National Museum of Mexican Art Board and is a Trustee of North Central College in Naperville. Pat and her husband, Manny Sanchez, together have four children.