Please complete the following form to make a donation to the NAA Inc 501C6.

Please complete the following form to make a donation to the NAA Institute 501C3. 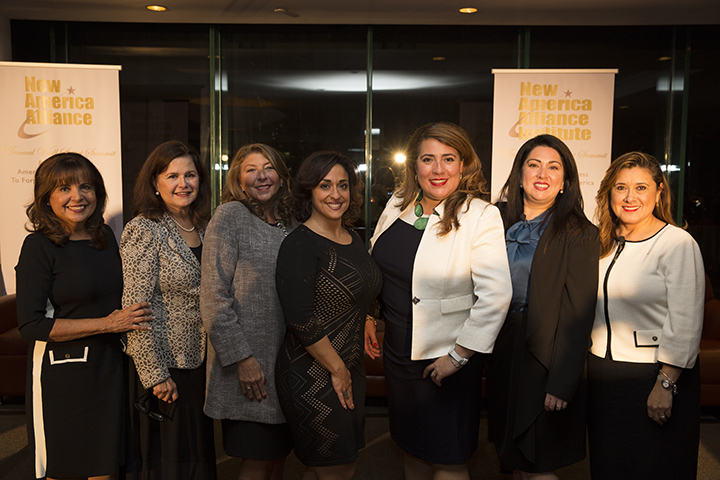 The announcement of this exciting initiative was highlighted as follows:

Through our Access To Capital Initiative, NAA collaborates with institutional investors and elected officials to increase inclusion in the management of assets by engaging diverse managers, trustees, investment professionals and consultants.

NAA believes that increasing American Latino access and control of capital provides for a more equitable involvement of our community in directing capital and other resources to address the most pressing issues facing our nation, including business development, education and wealth creation.

While this signals to significant progress in the participation of Latino and diverse firms in asset management, there is a lot of advancement to be made as we consider the US Money Management capital pool of over $45 Trillion.

Recommendations to Pension Institutions on Implementation and Management of an Emerging Diverse Managers Program:

Recommendation to Elected Officials on Activation in Oversight

Making The Case for Increased Diversity in Asset Management

The rise of the Emerging Domestic Market is critical to the continued growth of the U.S. economy.  As the population ages and as life expectancy increases, fewer workers will be available to support each retiree.  By 2050, the majority of the retired population will be non-Hispanic white, with the human capital source increasingly comprised by ethnic minorities.  As the U.S. Latino population continues to grow, now exceeding 60 million and 18 percent of the population, it is critical for all institutions to incorporate the Latino market as part of their plan for growth and success.  It makes common business sense to tap into the Latino consumers’ disposable income of $1.7 trillion, which aggregated to African American and Asian buying power represents a market opportunity of over $4 trillion.

Investors targeting this space can achieve attractive returns by taking advantage of capital inefficiencies in the market and the growing demand for businesses serving this space.  Because these investments are made mostly in small and middle-market businesses, they provide risk diversification for investors mostly exposed to large buy-out funds, while providing access to rising managers who may develop into the fund management stars of the future.

As reported in the second report installment by NAA and Altura Capital, the 2010 American Latinos in Financial Services Report, just over 100 institutional asset and advisory firms with partial to full Latino ownership operate in the U.S., with 43 percent of those firms managing assets between $100 to 500 million. At the time, only 7 of the Latino firms had assets under management greater than $1 billion. In addition to the barrier of size, Latino and emerging firms tend to be young firms and this factor adds to the challenge in securing asset allocations that would allow for growth.

Two separate studies conducted on behalf of the Kauffman Foundation by Timothy Bates, professor at Wayne State University and William Bradford, endowed professor at the University of Washington, support the conclusion that minority investment firms yield significant returns.  In the first study, released in 2003, Bates and Bradford concluded that minority enterprise venture capital investing is very profitable, with the Internal Rate of Return (IRR) of the funds studied ranging from 32 percent to 79 percent, with a median of 19.5 percent and a mean of 23.9 percent.  A second study by the same authors, released in September 2008, concluded that the internal rate of return on investments initiated after 2001 realized by year-end 2006 was 29.1 percent.

According to Northern Trust’s  2010 research titled No Contest: Emerging Managers Lap Investment Elephants, investment firms with less than $3.6 billion under management – the smallest firms that collectively manage 1 percent of all assets in the institutional market – outperformed the largest firms and all other groups studied, as well as the S&P 500 Index, over the five-year period ending June 30, 2010, demonstrating that smaller investment firms can provide stronger returns and better downside protection in volatile markets than large firms investing in the same asset class – large-cap U.S. equities.

In the 2009 report Is Age Just a Number: The Performance of Emerging Fixed-Income Managers, Lorenzo Newsome, Jr, CIO of Xavier Capital Management, and Pamela Turner, assistant professor of finance at Howard University School of Business, analyzed the returns of younger fixed income firms versus those with longer tenures and found that younger firms perform better than older firms with gross returns for both fixed-income core and high-yield managers resulting statistically significantly higher for firms in their first five years versus firms in their second five years.

PerTrac's sixth annual research study "Impact of Size and Age on Hedge Fund Performance: 1996 - 2011" examines the performance trends for hedge funds of different sizes and ages. Young funds outperformed older funds in 13 out of 15 years, produced better returns with less volatility since 1996, with annualized rate of return for young funds at 16.18 percent, vs. mid-age funds at 12.20 percent, and tenured funds at 10.92 percent. Small funds outperformed in all years except 2008 and 2009, produced better returns with more volatility, with annualized rate of return for small funds at 13.6 percent, vs. mid-size funds at 10.87 percent, and large funds at 10.0 percent.