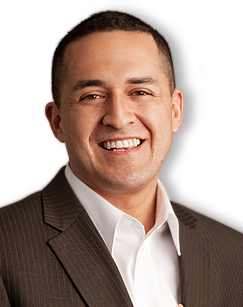 Executive Director
Friends of the National Museum of the American Latino

Estuardo Rodriguez is a Principal and Counsel on Media and Communications at The Raben Group, where he brings years of experience with media and message development in addition to extensive experience with government affairs and specialized marketing to Hispanic communities.

Mr. Rodriguez splits his portfolio between a number of non-profit organizations, which include the National Hispanic Leadership Agenda (NHLA), the League of United Latin American Citizens (LULAC) and corporate clients including Time Warner Cable and the Property Casualty Insurance Association of America (PCIAA). In addition, Mr. Rodriguez serves as a Democratic strategist and news commentator appearing on CNN, CNN en Español, Univision’s Despierta America, NTN 24, national and local Univision and Telemundo. He has also served the U.S. Department of State as an independent political analyst in Latin America and abroad, specifically in Colombia, Chile, Bolivia and Spain, discussing U.S. / Latin America relations as well as the influence of the U.S. Hispanic vote.

Priority projects and campaigns include the creation of the Friends of the National Museum of the American Latino 501(c)3, which helps to drive the campaign to create a National Museum of the American Latino, and the National Hispanic Leadership Agenda’s (NHLA) 2012 Public Policy Agenda, which outlines the priorities for the Latino community and sets the marker for the 113th Congress and the White House. The Agenda was presented at both the Republican and Democratic conventions.

In addition, Mr. Rodriguez leads the Hispanics for a Fair Judiciary (HFJ) campaign, which focuses on the role of Latinos in the judicial appointments process and played a significant role in the debate and confirmation process of Justice Sonia Sotomayor.

Mr. Rodriguez began his professional law career at the U.S. Department of Housing & Urban Development, where he worked as an attorney under Secretary Henry Cisneros and later Secretary Andrew Cuomo.

Raised in Washington, D.C., Mr. Rodriguez received his Bachelor of Arts in Political Science and Philosophy from Barry International Catholic University in Miami, Fl., and his Juris Doctor from St. John's University School of Law in New York City.  Mr. Rodriguez is a co-founder and former President of the Hispanic Lobbyists Association (HLA), and member of the Hispanic Bar Association of D.C. (HBA-DC).