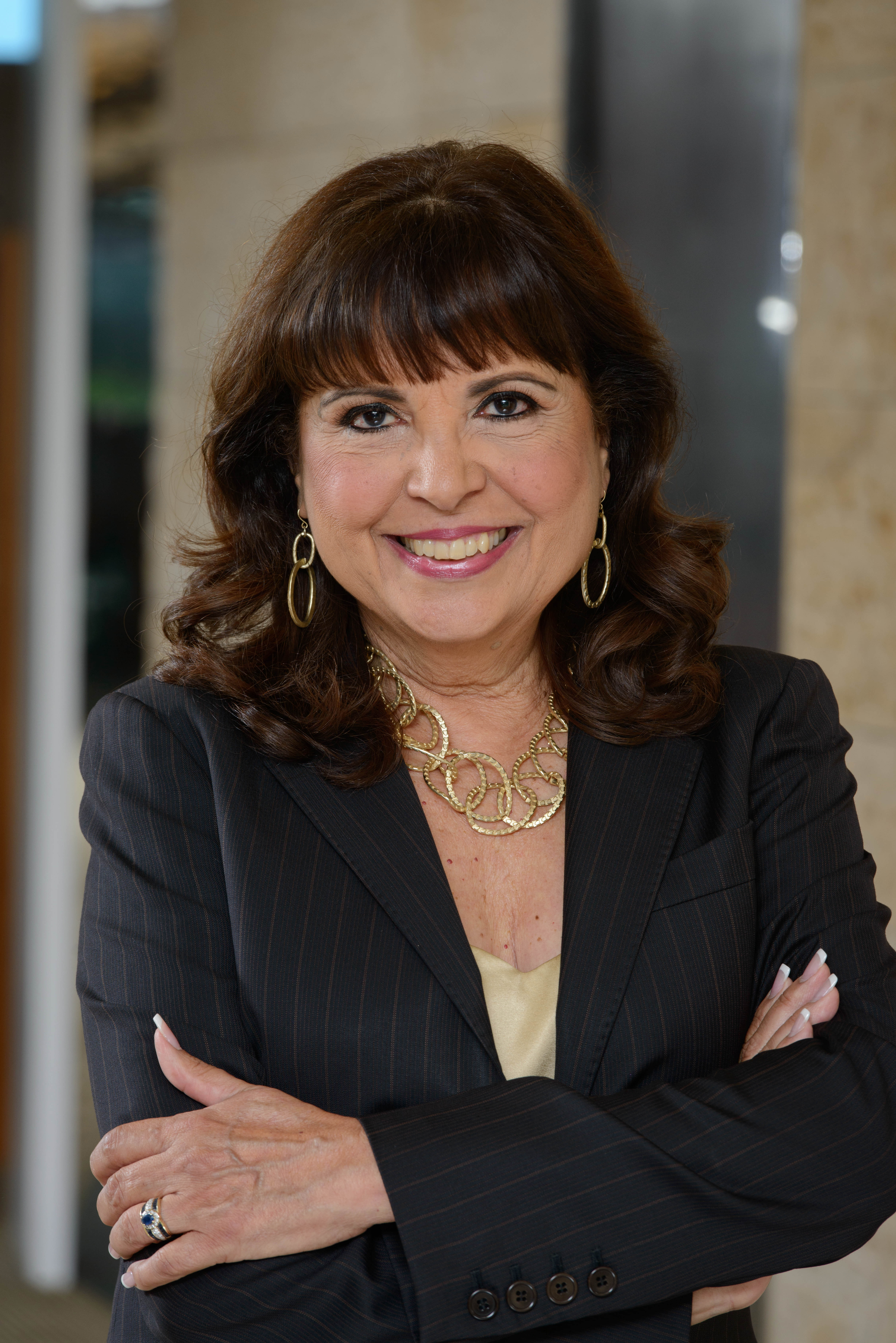 Ivelisse R. Estrada is former senior vice president of Corporate and Community Relations for Univision Communications Inc (UCI), the leading media company serving Hispanic America. In this role she is responsible for the overall development and coordination of community relations strategies for the Company including the Univision Network, UniMás Network, Univision Cable Networks, as well as Univision Local Media, including TV, radio and digital. She coordinates all philanthropic contributions and serves as a liaison between UCI and community organizations. Estrada also plans, directs and supervises the execution of the Company’s community empowerment platform Univision Contigo which includes Education, Health, Prosperity and Civic Participation.

Most recently, Estrada developed and launched Univision Educación, a comprehensive, multi-year national education initiative, in partnership with the Bill & Melinda Gates Foundation, the U.S. Department of Education, educators and civic and community leaders from around the country. This initiative is aimed at improving academic achievement among K-12 Hispanic students with a specific focus on high school graduation and college readiness.

In 2007, she worked with the National Association of Elected and Appointed Officials (NALEO) in an unprecedented national civic engagement campaign developed to inform, educate and motivate Hispanics to participate in the American political dialogue. “Ya es Hora…Ciudadanía” was done in collaboration with hundreds of Hispanic serving organizations across the U.S. and mobilized more than one million eligible immigrants to apply for citizenship. In 2008, the campaign was honored with a Peabody Award.

Estrada was also responsible for the creation, in 2003, of a multi-year, cross-platform health initiative entitled Salud es Vida…¡Entérate! (Lead a Healthy Life: Get the Fact) to promote healthy lifestyles and encourage the early detection and aggressive management of chronic health conditions affecting U.S. Hispanics. In 2004, ¡Entérate! was honored with a Peabody Award, the first ever for a Spanish-language broadcast company.

Previously, Estrada was Director of Corporate and Community Relations for Univision Television Group where she supervised the public affairs and community efforts of the company’s owned-and-operated stations. Prior to that she served as Director of Communications at KMEX-TV, Channel 34, the flagship station of the Univision Television Group, Inc. in Los Angeles. She was responsible for overseeing the station’s communications department and for developing and coordinating all public relations, community outreach and media relations activities. During her tenure at KMEX, Estrada launched numerous community projects that dealt with health, education issues and the arts. Estrada began her career as account supervisor with a Los Angeles public relations agency and as a Washington-based associate producer and on-air reporter for SIN national news, the predecessor of Univision.

In recognition of her efforts at UCI, Estrada has received several awards including the 2014 Excellence in Community Award from MALDEF, the 2014 The Power of Participation Award from the Edmund P. “Pat” Brown Institute of Public Affairs and RARE Champion of Hope, collaboration in Advocacy from Global Genes; the Community Spirit Award from the American Diabetes Association; the “National Mujer Award” of the National Hispana Leadership Institute; National Hispanic Medical Association “Hispanic Corporate Leadership Award;” “Latina Leader in Media” from the Congressional Hispanic Caucus Institute and the “Spirit of Hope Award” of Hispanas Organized for Political Equality; “Hall of Fame Honoree” of the Los Angeles Chapter of the National Association of Women Business Owners; and the “Premio Award in Public Relations/Communications” of the Hispanic Public Relations Association.. Estrada has been featured in Siempre Mujer as one of the magazine’s “Mujeres que Inspiran: Heroínas de la Solidaridad,” alongside First Lady Michelle Obama and Chilean journalist and author Isabel Allende.

She serves on several boards including the Board of Directors of the Washington Center, the Women’s Leadership Board at Harvard’s Kennedy School of Government, The Los Angeles Fund for Public Education, Friends of the National Museum of the American Latino, and the Smithsonian Latino Center. She also serves on the Excelencia in Education Honorary Board, the Corporate Board of Advisors of the Cuban American National Council, the Latino Communications Initiative Roundtable, College of Communications at Cal State Fullerton, the Institute for Latino Studies at the University of Notre Dame and is a member of the International Women’s Forum where she serves in the Hall of Fame Task Force. Estrada was a member of the National Task Force on Early Childhood Education for Hispanics. She successfully completed the HACR-Harvard Latino Board Leadership Program and in May 2010 was chosen as one of a select group of Latina leaders from the U.S. to travel to Israel with Project Interchange, an educational institute of the American Jewish Committee.

A native of Puerto Rico, Estrada received her bachelor’s degree in liberal arts from Barnard College in New York City and her Master’s degrees from Princeton University and Harvard University