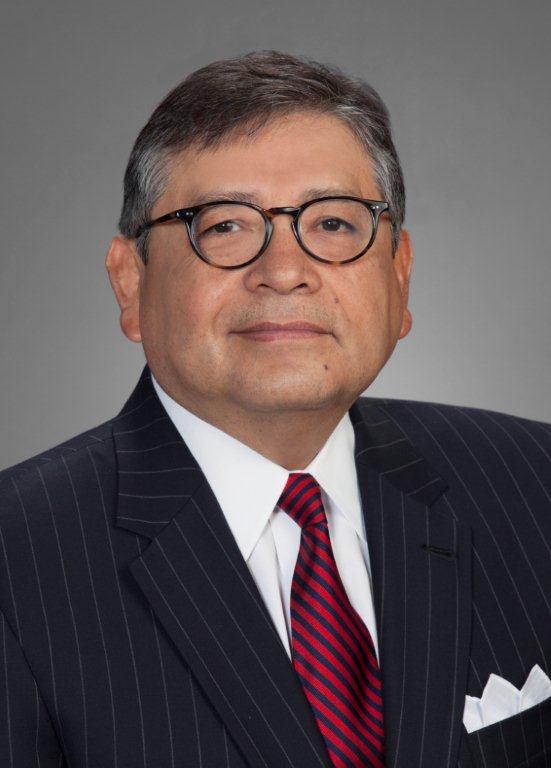 Marcos G. Ronquillo has over 30 years of trial experience representing governmental agencies, such as the Dallas Independent School District and the Federal Deposit Insurance Corporation as well as Fortune 500 companies in high-profile controversies where public policy and social concerns collide in the courtroom. He is currently serving as chair of the firm’s international practice.

Mr. Ronquillo is a past recipient of the State Bar of Texas Presidents’ Special Citation Award and Outstanding Lawyer of the Year Award from the Texas Mexican Bar Association. He was named to the 2013 list of the Best Lawyers in America. Mr. Ronquillo has been awarded the national Spirit of Excellence Award by the American Bar Association, National Commission on Minority Lawyers. He has been recognized nationally as an outstanding lawyer by the American Immigration Lawyers Association, Dallas Business Journal, Ernst & Young, Texas

Diversity Council and Texas Lawyer. He has also been honored by Texas Monthly and Super Lawyer magazines and listed as a Texas “Super Lawyer” from 2003 through 2012. In addition, Super Lawyers has named him to the list of the top 100 lawyers in the Dallas/FortWorth area. He is the former President of the Dallas Mexican American Bar Association and former Chairman of the

Dallas Hispanic Chamber of Commerce. He is the former National Chairman of the University of Notre Dame, Hispanic Alumni Association and currently serves on the Board of Advisors of George Washington University Law School. He was honored in 2011 by Hispanic Business Magazine as one of the “100 Most Influential Hispanics” in

the United States, and by Latino Leaders Magazine with its prestigious “Maestro Award for Leadership.” He has served on numerous boards and commissions including the Dallas Museum of Art, Dallas Area Rapid Transit Authority (DART), Children’s Medical Center and JPMorgan Chase to name a few. He currently serves as President of the Julian Samora Legacy Project and sits on the Board of the United States/Mexico Bi-National Chamber of Commerce. Mr. Ronquillo graduated from the University of Notre Dame and received his law degree from George Washington University, National Law Center inWashington, D.C.