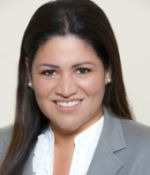 Ms. Avila rejoined New America Alliance (NAA) in May 2010 as Chief Executive Officer. As NAA’s Founding Executive Director from 1999-2005, Pilar applied her leadership and management skills in carrying out the vision of the NAA Board of Directors, turning the vision into a reality, and a start-up into a viable, well-established and highly respected national American Latino business initiative. She brings a deep understanding of the organization’s advocacy goals and shares the objective of leveraging and accelerating the economic, political and human capital development of the American Latino community.

Over her career, Pilar has earned a strong reputation as a business and civic leader, most recently at Palladium Equity Partners as Vice President and part of the investment team from 2005-2010. At Palladium, she was mainly responsible for strategic marketing initiatives, investor relations, and strengthening the Palladium brand.  Before joining the NAA as Founding Executive Director, from 1996-1999, Pilar was Vice President of Marketing & Events at the U.S. Hispanic Chamber of Commerce where she developed strong relationships with Latino entrepreneurs in key U.S. markets, Mexico and Puerto Rico, and dealt with the complex intersection of Latino business progress, political advocacy and corporate America.  She began her career in hospitality management holding a variety of positions at the Puerto Rico Convention Bureau and Hilton International.

Pilar previously served as a board member of The Marathon Club, a dealmakers and relationship accelerator network, and the National Puerto Rican Coalition. In 2010, Pilar was recognized by Hispanic Business Magazine as one of the “100 Influentials” (Read More). In 2006, she was recognized as one of the “20 Most Influential and Outstanding Hispanic Women in Business” by Hispanic Trends Magazine (now PODER Enterprise). She received the New America Alliance Chairmen’s Leadership Award in 2004. Pilar earned a Bachelor of Science in Business and Hospitality Management from the University of Central Florida.