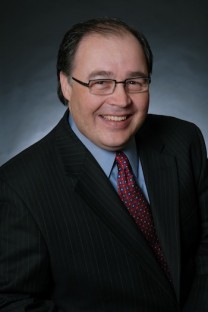 Ramiro Cavazos is the President and Chief Executive Officer of the San Antonio Hispanic Chamber of Commerce, America’s first Hispanic business organization founded in 1929, where he provides direction on small business issues, international trade efforts, economic research, leadership development, education expansion, workforce growth, and small business advocacy. He has extensive economic development experience and served as the Director of Economic Development for the City of San Antonio, America’s 7th largest city, during an unprecedented period of economic growth by recruiting Toyota Motor Manufacturing of Texas, Maxim, Microsoft and helping to retain Rackspace, DPT Labs and Zachry, among many others. In addition, Cavazos served as the Director of Research & Economic Development for the University of Texas Health Science Center at San Antonio, where he helped secure needed funds for the Medical Arts & Research Center and the South Texas Medical Center. While in the private sector, Cavazos represented the Levi Strauss Company and the Levi Strauss Foundation in the Texas, Mexico and Latin America region as the Senior Manager for Global Public Affairs. He also owned his own corporate communications company advising companies such as AT&T, H-E-B and Valero Energy. Ramiro has also taught Economic Development for the University of Texas at San Antonio at its Downtown campus. Cavazos has considerable public affairs experience and served as the Campaign Manager for Bexar County Judge Nelson Wolff when he was elected Mayor of San Antonio. While attending college in Austin, Cavazos worked for United States Senator Lloyd Bentsen of Texas and State Representative Irma Rangel. He earned a Masters of Public Administration degree from St. Mary’s University of San Antonio where he has been awarded the Distinguished Alumnus Award and also possesses a Bachelor of Arts degree in Government from The University of Texas at Austin. A native of the Rio Grande Valley, he was an Honors graduate from Weslaco High School and is a 7th generation Texan. Ramiro and his wife Christa are parents of two boys, aged 8 and 5 years-old. Cavazos’ civic involvement extends to his service as Chairman of the San Antonio Housing Authority, the largest in Texas, as Vice-Chairman of the Brooks Development Authority, the first City-Base in America, as a Director of the Alamo Regional Mobility Authority, as Executive Board Member of the San Antonio Mobility Coalition and as a board member of Project Quest, Inc.