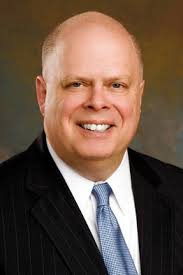 Executive Director
Teachers’ Retirement System of the State of Illinois

Dick Ingram has delivered more than 30 years of accomplished executive leadership to corporate, government, and non-profit organizations. He assumed his current duties as executive director with the Teachers’ Retirement System of Illinois in January, 2011. As executive director, he heads a bellwether public pension fund, with more than $45 billion in assets and nearly 400,000 members.

Prior to joining Illinois TRS, Ingram led the New Hampshire Retirement System after successful tenures leading several non-profit and public service organizations in New Hampshire. Ingram’s corporate career focused primarily in the investment and finance sector where he was responsible for delivering administration and marketing services to a nationwide clientele. His early career was in the Boston office of Arthur Andersen & Co., where his clients included investment firms, banks, and financial service companies.

Mr. Ingram has served on numerous boards dedicated to improving the quality of life in the communities where he has lived, and has also served on several elected and appointed local government boards in New Hampshire and as an adjunct instructor at the University of New Hampshire.