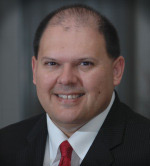 
A native of McAllen, Texas, Mr. Cruz earned a Bachelor of Science in Civil Engineering at the University of Texas at Austin before joining Exxon Company, U.S.A. in 1992 as a Project Engineer. He completed an MBA in Management and Finance from the University of Texas at Austin in 1997. Mr. Cruz is married to Kathryn Cruz and has three children, Austin, Andrea, and Dylan and resides in Irving, Texas.
Mr. Cruz has been employed by ExxonMobil for more than 16 years and is currently a Program Officer for education and diversity. He coordinates community investment activities and manages education and diversity contributions programs. These programs include initiatives that foster the improvement of learning and teaching in science, technology, engineering and mathematics and improving career opportunities for women and minorities. He serves on boards and advisory committees of organizations such as National Society of Hispanic MBA's, United Way, LULAC, and Leadership Fairfax. He is active within the Company and is a Officer for GOAL, the Global Organization for the Advancement of Latinos, and a United Way representative.
Mr. Cruz has worked in various assignments throughout his 16 year career. He began as a Project Engineer for Exxon Company USA in 1992 in Houston, Texas. In 1997, he was named Supply Negotiator managing activities in the Northeast US. He later served as a Business Development Manager in ExxonMobil's Refining and Supply Company in 2000 and was relocated to Fairfax, Virginia. While in Fairfax, he was named a Government Relations Manager in Exxon Mobil Corporation's Public Affairs Department in 2003. In 2005, Mr. Cruz was named Manager of ExxonMobil Pipeline Company's Everett, Massachusetts distribution plant and was relocated to Boston.