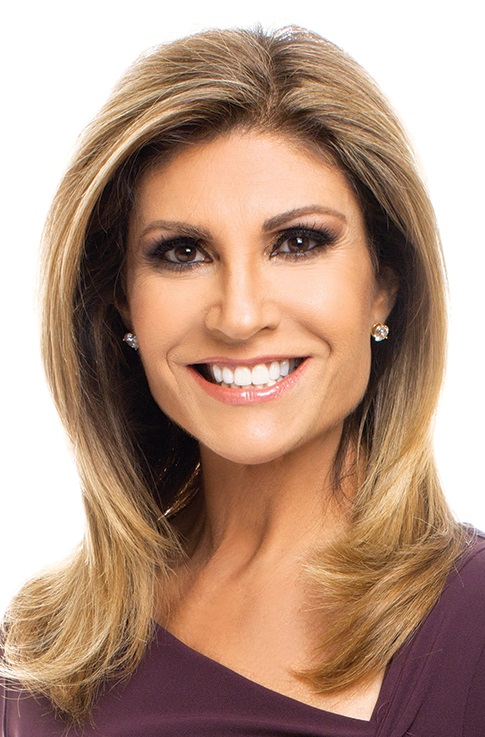 As co-anchor of “Aqui y Ahora,” which features investigative and consumer stories on important issues facing Hispanics in the U.S., she has interviewed with top newsmakers, politicians and celebrities. Rodriguez has hosted a series of award-winning specials to increase awareness, such as the problems Hispanics face titled “America through Spanish Eyes.” In addition, she hosts a weekly segment called “Primer Plano” (Foreground), an in-depth news report on current national and international concerns, on “Noticiero Univision” (Univision News).

During her tenure at Univision, Rodriguez was the first woman in history to host a national primetime Spanish-language newscast as co-anchor of Spanish International Network, Univision’s former name. During this time, she covered important national and international news events including the 1984 presidential election and Pope John Paul II’s visit to the U.S.

Rodriguez was also the executive producer, creator and host of  “Portada,” Univision’s first newsmagazine which aired throughout the U.S. as well as in 18 Latin American countries. She was named executive producer and host of “Aqui y Ahora con Teresa Rodriguez,” an Emmy-award winning program.  Throughout her career, she hosted a series of award-winning specials to increase awareness, such as the problems Hispanics face titled “America through Spanish Eyes.”

Prior to joining Univision, Rodriguez was anchor at the NBC-owned station WTVJ-Channel 4 in Miami where she co-anchored the station’s morning, noon and 5 p.m. news programs.

Aside of her career, Rodriguez is author of the best-selling book “The Daughters of Juarez: A true story of serial murder south of the border” published by Simon and Schuster/Atria books as well as co-author of “Count on Me.”

As the spokesperson for Univision’s education campaign, “Tu Futuro depende de ti…Edúcate,” she is actively involved in education and has also won several coveted awards, such as the Silver Angel Award for her education special on early childhood development, “Infancia y el Aprendizaje” (Children and Learning). She is also a Board Member for Univision’s Women’s Leadership Council.

A celebrated journalist, she has won eight Emmys for her investigative reports and features and has also been honored with other numerous awards, including the ACCA and ACE awards.