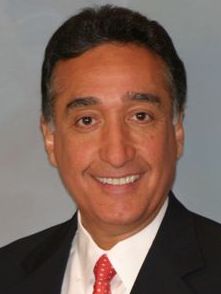 Henry Cisneros is Chairman of the CityView companies, community-building firms dedicated to producing workforce homes in America’s cities.  CityView’s mission is to work with the nation’s leading homebuilders to create “villages within cities,” priced within the range of average families, designed to honor community traditions, and financed to provide homeownership options for residents of the nation’s cities.  In order to complete that mission, CityView identifies sites, plans neighborhoods, organizes and develops land, and finances the building of homes.

From 1997-2000, Mr. Cisneros was President and Chief Operating Officer of Univision Communications, the Spanish-language broadcaster which has become the fifth-most-watched television network in the nation.

From 1993 to 1997, Mr. Cisneros served as Secretary of the U.S. Department of Housing and Urban Development.  As a member of President Clinton’s Cabinet, Secretary Cisneros was assigned America’s housing and community development portfolio.  Mr. Cisneros is credited with initiating the revitalization of many of the nation’s public housing developments and with formulating policies, which have contributed to today’s record homeownership rate.

In 1981, Mr. Cisneros became the first Hispanic-American mayor of a major U.S. city, San Antonio, Texas.  During his four terms in office, Mr. Cisneros helped rebuild the city’s economic base and spurred the creation of jobs through massive infrastructure and downtown improvements, marking San Antonio as one of the nation’s most progressive cities.

In 1984, Mr. Cisneros was interviewed by the Democratic Presidential nominee as a possible candidate for Vice President of the United States and in 1986 was selected as the “Outstanding Mayor” in the nation by City and State Magazine.

Mr. Cisneros has served as President of the National League of Cities, Chairman of the National Civic League, Deputy Chair of the Federal Reserve Bank of Dallas, board member of the Rockefeller Foundation, and presently as National Chairman of the After-School All-Stars.  Mr. Cisneros is also a member of the boards of Countrywide Financial, a Fortune 500 company, which is the nation’s prime originator of home mortgages; Live Nation, an urban entertainment company; and Avanzar Interior Technologies, an automotive technologies company.

Mr. Cisneros holds a Bachelor of Arts and a Master’s degree in Urban and Regional Planning from TexasA&MUniversity.  Mr. Cisneros earned a Master’s degree in Public Administration from HarvardUniversity, a Doctorate in Public Administration from GeorgeWashingtonUniversity, and has been awarded more than 20 honorary doctorates from leading universities. In June 2007, Mr. Cisneros was inducted into the National Association of Home Builders (NAHB) “Builders Hall of Fame” and honored as the “Housing Person of the Year” for the U.S. National Housing Conference.