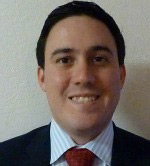 
Mr. Ronderos spent most of his formative years in Hartford, CT before relocating to Ft. Lauderdale, Fl. He attended Citadel and was active within the NROTC-Marine Corps unit as well with the Hispanic Club. He was awarded the rank of Cadre Sergeant, akin to a Drill Instructor, and sacrificed a month to train incoming cadets. Upon graduating from The Citadel, Mr. Ronderos began work at Aetna as an Underwriter Analyst, and was promoted to Senior Underwriter Analyst. He transitioned to ING as a Sales Representative and covered the NY Metro marketplace for two years. In light of the economic recession affecting European banks, Mr. Ronderos joined Mercer as an Associate in the Health & Benefits practice.