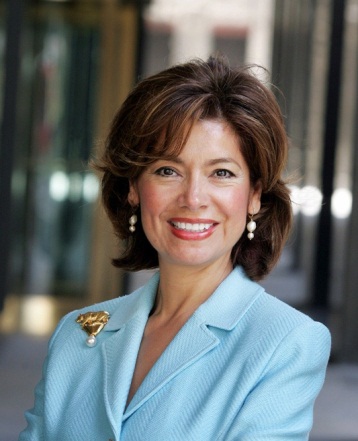 Maria Contreras-Sweet became the 24th Administrator of the U.S. Small Business Administrator (SBA) and a member of President Obama's cabinet on April 7, 2014. SBA is charged with supporting America's small businesses, which create nearly two out of three net, new private-sector jobs in our economy and employ half of our nation's private-sector workforce.

Contreras-Sweet is a seasoned manager, corporate executive, state cabinet official, entrepreneur and a pioneer in the effort to shatter the glass ceiling in the business world.

At the age of 24, Contreras-Sweet served as the district manager for the United States Census Bureau's decennial count in 1979, hiring and managing more than 800 employees to deliver an accurate count in Southeast Los Angeles County on time and on budget. Two decades later, she served as chairwoman of the 2000 U.S. Census for the State of California.

Contreras-Sweet entered the private sector as the only female executive for Westinghouse's 7-Up/RC Bottling Company. She was a leading corporate negotiator for the creating of the Beverage Container Recycling and Litter Reduction Act, which led to the largest-ever expansion of the state's recycling system. In recognition of her private-sector leadership, she was appointed by the U.S. Senate to serve on the Federal Glass Ceiling Commission to advocate for the advancement of women in corporate America.

Contreras-Sweet was a cabinet official in California, becoming the longest-serving cabinet Secretary of Business, Transportation and Housing in state history. For five years, she oversaw 44,000 employees, a $14 billion budget, and 14 state departments, including the Department of Financial Institutions, Caldrons, the California Highway Patrol, and the Department of Motor Vehicles. She also oversaw the creation of the state's Department of Managed Health Care and its Office of Patient Advocate. During the state's energy crisis, she chaired the finance committee of California's electrical power grid, CA-ISO, helping to stabilizing the volatile energy market following California's rolling blackouts.

Contreras-Sweet was a founding director of The California Endowment, a multi-billion dollar philanthropic health foundation. A first generation immigrant, she is married to Ray Sweet, and they have three children and a granddaughter.

In nominating Contreras-Sweet to lead the SBA, President Obama said: "Maria was the driving force behind major job creation and major public investments in infrastructure and in housing [in California]. She's a champion of women-owned and family-owned businesses. And as someone who moved to California from Mexico as a young girl, and whose worked long hours to support Maria and her five siblings, she knows firsthand the challenges that working families and recent immigrants are facing."