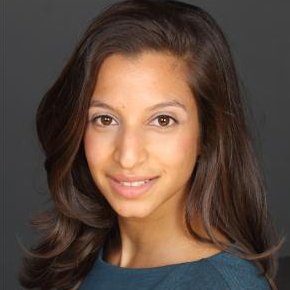 Bianca Caban is an entrepreneur launching several entities based in New York and Puerto Rico that originate, structure, and cultivate investments through strategic collaborations with a dependable network of private sector and government relationships. With a focus on real estate, medical cannabis research, energy, and entertainment, these initiatives aim to deliver superior risk-adjusted returns to investors and support economic growth and foreign direct investment in the U.S., the Caribbean, Latin America, and Africa. Prior to these initiatives, as a member of the Founding Team of Atlas Merchant Capital LLC and Chief of Staff to the Founder and CEO, Bianca assisted in the creation of the firm, which employed a merchant banking approach to global financial services investing. Before assisting to launch Atlas, Bianca was a Business Management & Analytics Associate at BlackRock, and she started her career as an Equity Research Analyst at Credit Suisse.

In June 2014, Bianca received the Rising Star Award for her business acumen and leadership at the National Puerto Rican Day Parade Gala in New York.  In August 2015 she was featured in the millennial news outlet Upworthy.com for her work in bringing teams of millennial investors and entrepreneurs to Puerto Rico to work on socially conscious economic revitalization projects. She was featured in Cosmopolitan for Latinas September 2015 edition where she was named the Reader Winner of the “Fun Fearless Latina” Awards for her work in social innovation and investment in women entrepreneurs, and was recognized at an award ceremony at their New York headquarters in October.

As an undergraduate at Harvard she founded the Latina Empowerment and Development Conference (LEAD) in 2007. LEAD organizes pan–institutional, cultural, and continental networks for the academic, political, and economic empowerment of the global Latino community.

Bianca earned a B.A. from Harvard College in 2009.