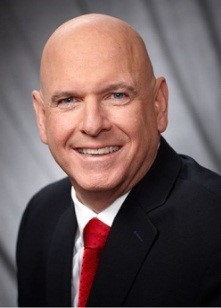 Christopher Ailman is the Chief Investment Officer of the $188 billion California State Teachers’ Retirement System, the largest teachers fund and the second largest pension fund in the U.S.A. As CIO, Mr. Ailman leads an investment staff of 120 across eight different divisions. He joined CalSTRS in the fall of 2000, prior to that, Christopher was the CIO for the Washington State Investment Board, the Sacramento County Employees Retirement System and the County of Sacramento. He currently serves on several boards and advisory boards in the U.S. and U.K. He has received numerous awards and recognitions over his career and most recently the aiCIO Innovation Award, and in 2013 he was named the #3 CIO in the world by aiCIO magazine. In addition, Christopher is a regular guest on CNBC, Bloomberg, Yahoo Finance and the Wall Street Journal Report. Christopher has a Bachelor of Arts in Business Economics from the University of California Santa Barbara (UCSB). He received his Certified Financial Planner from the University of Southern California.