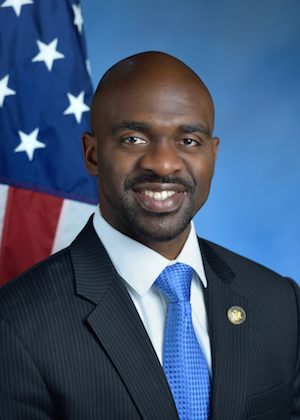 Blake is also the Founding Principal of Atlas Strategy Group, which focuses on political and economic empowerment for communities of color. Michael Blake recently served as the Director of Public Policy & Exernal Affairs for Green For All, a national organization working to build an inclusive green economy strong enough to lift people out of poverty. Michael was also the Senior Advisor for Operation Hope, the best-in-class provider of financial literacy empowerment for youth, financial capability for communities, and ultimately, financial dignity for all.
In 2013, Michael served for Reshma Saujani for New York City Public Advocate.

Michael succesfully co-organized three state house campaigns in that election cycle and was promoted to become the Director of External Affairs for the Michigan House of Representatives serving in Michigan Speaker of the House Andy Dillon's cabinet. In early 2007, following the inspiring launch of President Obama's campaign in Springfield, Illinois, Michael was motivated to elect the first African-American President and left Michigan to join the presidential campaign in the ever so critical first step of the election process: the Iowa Caucuses.
Following the campaign, Blake was named the Director of National Labor Outreach for the 2009 Presidential Inaugural Committee. Once completing that national assignment, he joined the White House staff as Associate Director of Public Engagement & Deputy Associate Director of the Office of Intergovermental Affairs, coordinating African American, Minority Business and county and statewide elected official outreach. He created the White House Urban Entrepreneurship Summit series, which sought to foster public, private and not-for-profit partnerships and provide strategic advice to attendees.

Blake left the White House to serve as the National Deputy Director of Operation Vote for President Obama's 2012 re-election, the constituency outreach program for the Obama for America campaign and helped expand the divers electorate who voted for President Obama including greater African American, Latino, women, youth, veteran, LGBT and Asian American participation. Following that successful tenure, Michael served as the Senior Advisor for the Office of Public Engagement for President Obama's 2013 Presidential Inaugural Committee. Blake was honored as on of "The Root 100" in 2012, featured in Jet Magazine as one of 2015 black politicos. Michael Blake also was recognized by MSNBC in 2011 as one of the Top 10 Black Politicians on the rise.

Michael Blake is a graduate of the Medill School of Journalism at Northwestern University. As a Assemblyman he currently sits on the Banks, Correction, Election Law, Governmental Operations, Housing and Veterans Affairs Committee, as well as being the Chair of the Subcommittee on Mitchell-Lama. He also has the distinction of serving as the 2nd Vice-Chair of the Black, Puerto Rican, Hispanic, and Asian Legislative Caucus and is an active member of the Puerto Rican/Hispanic Taskforce. Michael Blake holds membership at numerous distinguished organizations including; Board membership of iVOTE, advisory board membership of SiX (State Innovation Exchange), My Brother's Keeper Alliance, Universal Hip Hop Museum as well as being a member of the American Legislators for Gun Violence Prevention.