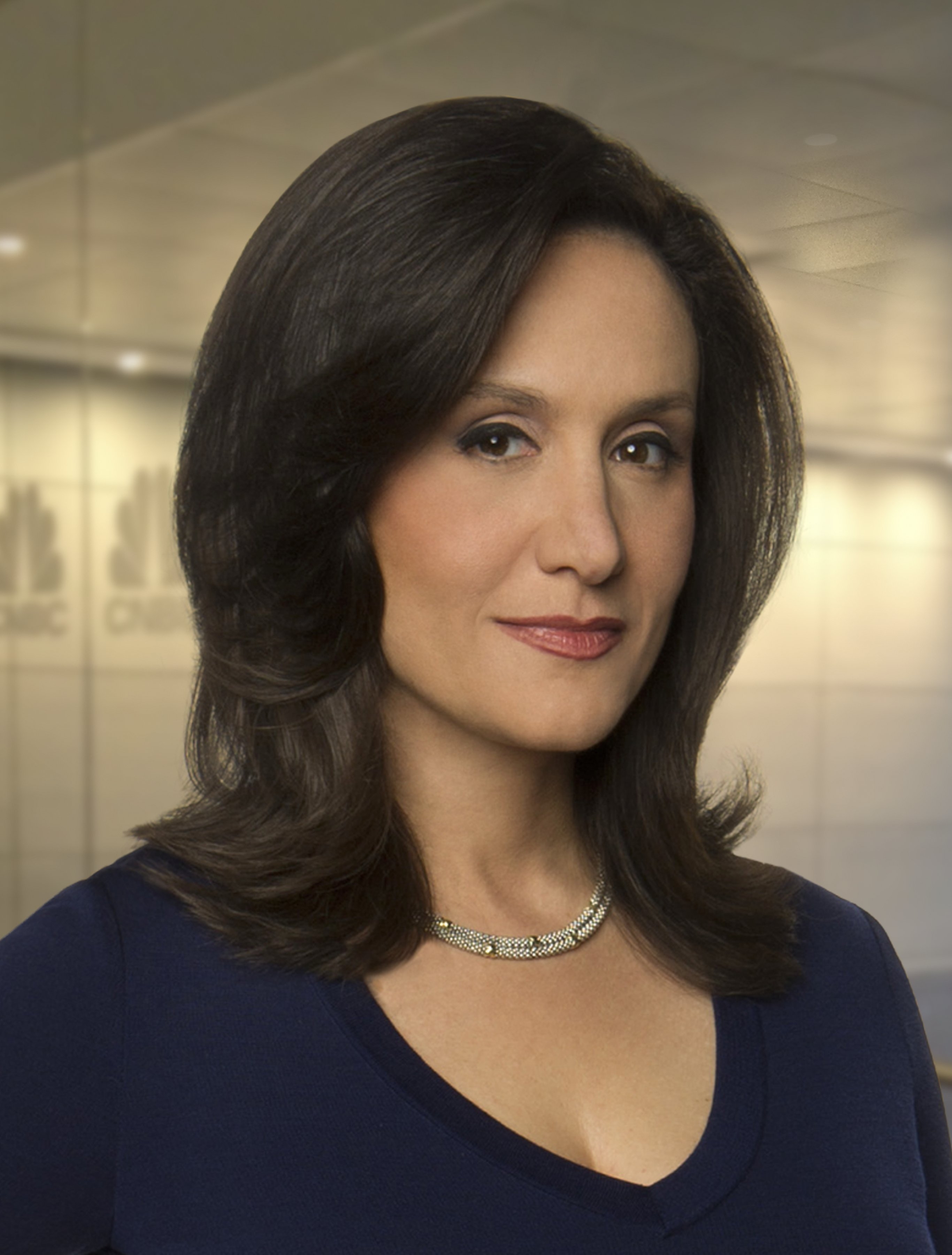 Michelle Caruso-Cabrera is CNBC's chief international correspondent. When not covering her beat, Caruso-Cabrera will appear throughout CNBC's Business Day programming anchoring and reporting for the network.

In 2011, she covered the European financial crisis. Reporting live from Athens, Rome and Frankfurt, Caruso-Cabrera warned viewers and users early on about the rising risk of default and the consequences for the global economy.

Caruso-Cabrera has reported one-hour documentaries for the network, including "Liquid Assets: The Big Business of Water" and "The Race to Rebuild: America's Infrastructure."

She reported for NBC News from Baghdad, covering the elections and its impact on Iraq's post-war economy. She has also traveled to Cuba, Brazil and Venezuela to report on and produce groundbreaking stories about those countries' economies.

Caruso-Cabrera joined CNBC in 1998 from WTSP-TV in St. Petersburg, Fla., where she spent four years as a general assignment reporter. Prior to joining WTSP-TV, she was a special projects producer for Univision, where she earned an Emmy Award for a five-part series on children with AIDS, as well as an Emmy nomination for a report on sexual abuse by clergymen. At Univision, she gained extensive experience covering Latin America. She began her career in 1991 as a stringer for The New York Times, reporting on education issues.

Caruso-Cabrera wrote her first book, "You Know I'm Right: More Prosperity, Less Government," in 2010. Previously, she wrote a personal finance column for Shape en Español focusing on issues of particular importance to Latinas and was a monthly contributor to People enEspañol.

She has also been awarded Broadcaster of the Year from the National Association of Hispanic Journalists and was named one of the "100 Most Influential Hispanics" in the country by Hispanic Businessmagazine. She earned a bachelor's degree in economics from Wellesley College.