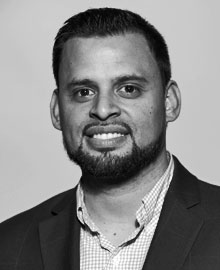 In 2004 as a graduate student at Smith College School for Social Work Tomás pioneered one of the country’s first ‘Hip Hop Therapy’ programs that used the process of creating rap music as a tool for promoting mental health and healing among urban youth uninterested in traditional talk therapy. Today Tomás’ Hip Hop Therapy program has become a benchmark and serves youth throughout the Bay Area. In 2011 Tomás founded Beats Rhymes and Life, Inc. (BRL), a 501(c)(3) community-based organization based in Oakland, California, dedicated to improving mental health and social outcomes among marginalized youth. As a published author and passionate speaker, Tomás enjoys sharing his vision to achieve health equity by making mental health services more accessible and useful for diverse youth populations.

In addition to his his current role as CEO of Beats Rhymes and Life, Tomás serves as the chair for the Advisory Committee for the Center for Multicultural Development, a cultural competency advocacy project based out of the California Institute for Mental Health. Tomás’ numerous awards and recognitions throughout his career are a tribute to his vision, leadership skills and impact. In 2012 NBCLatino.com named Tomás Alvarez III one of the country’s Top 20 Innovators, whose work is changing their fields. The top honor placed Tomás in the company of other innovators such as Supreme Court Justice Sonia Sotomayor, Rosario Dawson and Dolores Huerta. More currently Tomás was elected to serve as a lifetime Fellow (USA) by the Ashoka Foundation, an international organization that supports social entrepreneurs whose bold ideas have the power to transform patterns in society.